After a hiatus last year we hit the road for a semi-long weekend and drove to Red River, NM for a ski weekend with the family. It was our first family ski trip in a looooong time. What used to be a regular thing, when there were fewer of us (I'm looking at YOU, Children!) had faded to nothing in the last several years. This was the first time on skis for the little nieces and Emma became the best ski instructor anyone in the family has ever had. Last summer she taught the girlies to swim and now to ski.  As Madilyn put it, "She's a really good cousin". I couldn't agree more.

I really love Red River. It hasn't gone commercial and consists of one street with some Mom & Pop restaurants, a market, and ski gear and rentals, some local tchotchke shops and places to stay. What more do you need? They've even started making snow so no worries about the slopes being rocky or bare in those dryer years. And the crowds were nonexistent. Sunday I think I waited in a lift line for maybe 2-3 minutes while Monday and Tuesday there was NO WAITING at all. It could not have been better. There were several moments on the slopes where we were the only ones within view. Our own private mountain.

It almost became our private mountain for a few bonus days. We woke early on Wednesday to make the trek back to Austin only to find about six inches of snow on the ground, about five hours earlier than the forecast I saw had predicted. No bueno. My minivan was not going to make that climb out of the valley so we had to sit tight and hope the plows came soon. Turned out it only took the plows as long as it took Shotgun Willies to cook us up some french toast and eggs so we were on our way.

Everyone made improvements (even ME!) and has vowed to keep the momentum. Red River, we'll be back! 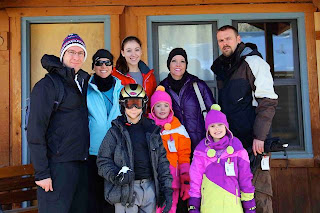 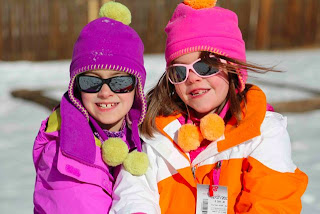 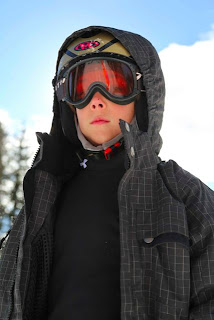 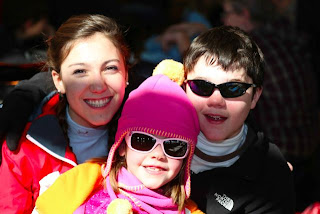 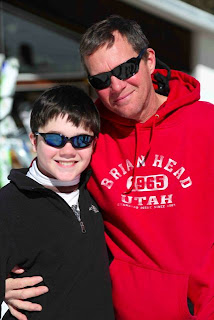 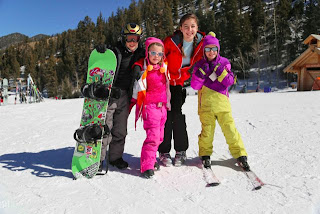 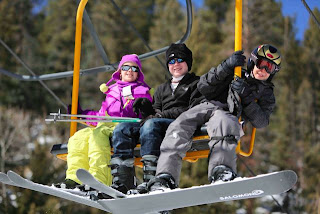 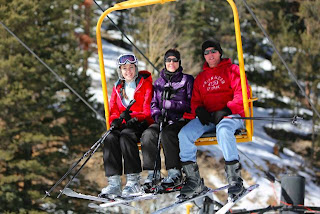 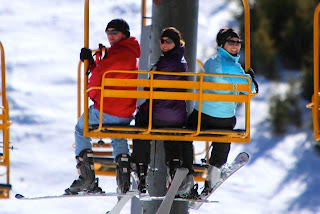 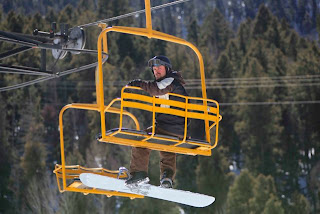 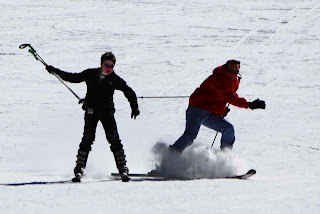 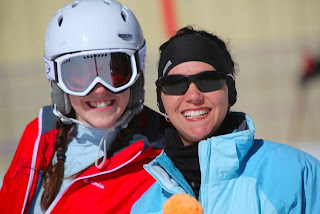 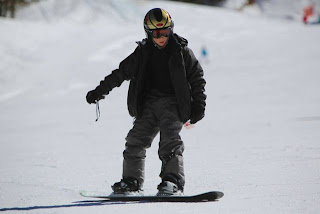 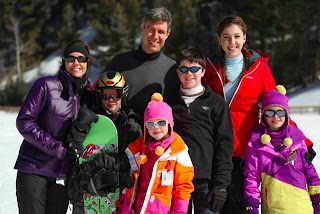 There are moments in parenting that undeniably remind you that time flies, nothing stays the same and the time we have we our kids is ridiculously short. First day of kindergarten comes to mind. Those first steps that come so quickly, and words coming out of their mouth like magic, losing teeth, riding a bicycle. There are so many examples. Here's another. I can't get my mind around how our Sunday mornings went from this: 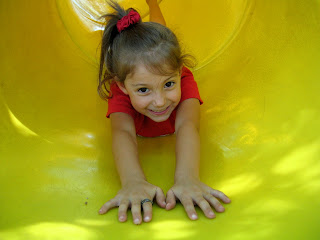 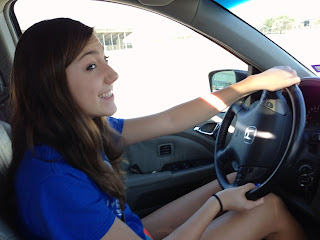 This along with several high school related activities. Elective showcases and those pesky academic classes that get in the way of just taking theatre all day, every day (but isn't all the world a stage?). AP or Not To AP?  It's definitely forced me to start thinking in terms of how many years before college is staring us in the face (answer = not many!) and all the growing up that's going to happen in what is really such a short time. And how quickly it's going to go.

After the hellish summer of '11 I made a solemn vow (if solemn = an uninterrupted string of bitter curses) to stop beating my head against a scorching hot wall by trying to coax food to grow in this hot dry climate. I kept that vow for 2012 but my empty garden plot looked so lonely and these lovely onion sets just showed up on my doorstep. How could I NOT plant them? And lovingly mist them? We will get big shiny onions. We WILL! 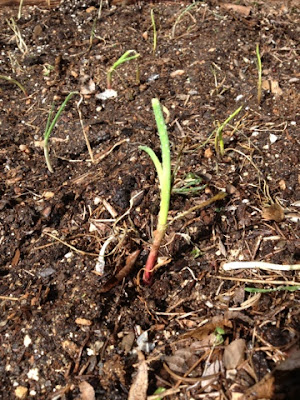 Alex and I ran the Amazing Race at his school on Saturday. There was a strong bias in favor of people from Texas since all the obstacles included trivia about Texas. That's my excuse if we don't win. Thank goodness we all now know that the LONGHORN is the official state mammal. 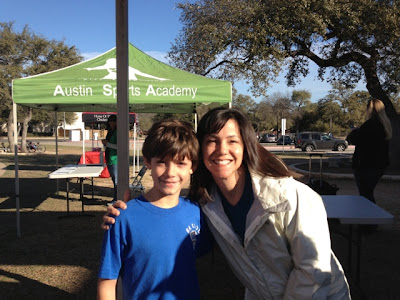